Bruno Taut (1880-1938) is a famous German-born architect. Known as the world authority for urban planning and apartment buildings, his works such as exhibition exhibits and colorful residential complexes have received international acclaim.
Later, Taut, who felt in danger due to the rise of the Nazi administration, fled to Japan with Mrs. Erica. I stayed in Japan for three and a half years from May 1933 (Showa 8) to October 1935 (Showa 11). During that time, the longest time was at Senshin-tei, located on the grounds of Shorinzan Darumaji Temple in Takasaki City, Gunma Prefecture. At the invitation of Fuichiro Inoue, I sent two years and three months here.
Inoue paid Taut for 1,000 yen for three months. After that, 100 yen was paid to Taut as a part-time employee of Gunma prefecture to provide craft guidance.
Taut designs were prototyped at an industrial test site in the prefecture, and were reworked by unknown craftsmen in towns and villages around Takasaki to create modern handicrafts. Touton Mizuhara, who was also our advisor, linked Taut’s design with craftsmen.
Crafts completed in cooperation with Taut, Mizuhara and local artisans were displayed at “Mirates” in Ginza and Karuizawa run by Inoue, and many people bought them. The best-selling item is “bamboo skin work”. Especially in Karuizawa, a lot of bread baskets were sold, and it was said that a house without the bread basket was a mogul. Harmony of a unique color was the characteristic of Taut.
When Taut stayed, Gunma was a lumber supplier. Especially in Takasaki, which was designated as a woodworking city by the Ministry of Industry and Trade, the production of paulownia dance was thriving. While going to Numata where there is a tender for lumber, Taut completely liked Numata. When you like it, Taut designs for it. In the Fujiwara area in the back of Numata, there was Tochigi, and the Fujiwara Bon made from it was famous. At first glance, I liked the taut, and made a lot of pen dishes there. Taut loved the “fu” unique to Tochigi, which has a lot of iron.
Taut, who left 1000 designs while living in Takasaki, later left Japan with a strong invitation from the Turkish government. On October 8, 1936, many residents rushed to see Taut. It is said that Taut greeted him with “Hachiman Village Yanman, Mt.
Even now, Sento-tei still has a monument of the word “ICH LIEVE DIE JAPANISCHE KULTUR” (I love Japanese culture) left by Taut on Mt.

Bruno Taut (1880-1938), a world-renowned architect who spent two years and three months at Senshintei in the precincts of Shorinzan Darumaji Temple in Takasaki, Gunma Prefecture, from 1934 (Showa 9). Mr. Tokugen Mizuhara, who also assisted Taut’s work, was also an adviser to Acty Daimonya. Mizuhara is the center of the craft movement that was promoted by Fuichiro Inoue of Inoue Industries. Mr. Inoue also introduced Bruno Taut.
Taut worked for Inoue in the afternoon and his work in the evening. When he came up with it, he asked Mr. Mizuhara, “Is this possible?” Mr. Suwon looks for Taut’s design, finds a craftsman, and asks a craftsman who thinks that he can do it. For craftsmen who do not understand English, Mr. Mizuhara always accompanied him.
During his lifetime, Mizuhara said, “I was just scolded by my teacher.” It is said that Taut sent an invitation letter to Mr. Suwon from Turkey who left Takasaki to come to Mr. Suwon (to Turkey). This shows the confidence that Taut had in Mr. Suwon. What Taut designed during his two-year and three-month stay was refined craftsmanship that Mr. Suwon gathered with the power of craftsmen.
Without Mr. Suwon, Taut’s design would never have taken shape.

President and Representative Director Takayasu Nakata
When I was 32, I knew about Suwon. At that time, a member of the Tokyo Metropolitan Institute of Commerce, which I belonged to, told me, “If you are in Takasaki, you probably know Dr. Mizuhara.” I was sorry I didn’t know. When he talks, he says he has such a great and immeasurable knowledge. I was advised, “You should meet by all means.”
The teacher was born in 1911. Participated in crafts activities started by Takaichiro Inoue in Takasaki. When Taut stayed in Takasaki and became involved in the guidance of handicraft products production, he was involved in such activities as cooperating and was said to be Taut’s only disciple.
At that time, our company was mainly Daruma. The other is the lucky charm of the zodiac. I wanted to get some advice on making such a product.す る と It’s very interesting to actually see and talk. As his friends said, he has a wealth of knowledge. For example, even if he talks about pachinko, he really knows and understands the history and ideals. It was fun to meet my teacher, and I started to go to school.
Is it because I visit too often? The teacher told me about the advisor contract and decided to ask immediately. I taught my teacher how to feed eyes to see. The teacher is an energetic activist. In order to see the real thing, I was taken a lot to museums and famous buildings all over Japan. When I was talking, I suddenly went to Obuse to see the ceiling picture of Katsushika Hokusai’s autograph, saying “You should look at the real thing.”
In this session, he talked in detail about the folk art movement that led by Muneyoshi Yanagi. The folk art movement is a movement to find and use beauty in daily necessities that have been used in everyday life. “Everyday beauty” is still the basic spirit of Acty Daimonya.
When a customer asked me, “Why do you deliver Dharma without eyes (to the customer)?” Dr. Mizuhara said, “Looking into Dharma means opening eyes. Is to put in the soul. Dharma’s soul is what the customer puts in. ” I think that this was something that only Mr. Suwon, who studied all things deeply and pursued the truth, could do.
Another thing that Professor Mizuhara has been saying so much is “make new things more and more.” It doesn’t mean anything. It is a new thing that comes out of the place where you identify “real” and reach “real”.何 か What are your wishes? It is not just a matter of appearance, but a matter of exploring the inner part of the mind, that is, the essence, thinking about the land pattern and background, and creating something that fits the mind of the customer.
Until 1989, 95% of our production was Dharma. That’s what my teacher taught me to try something new. He started to focus on handmade papier-mache and planters and mannequins that use recycled paper. The pachinko, which is authentic and rich in originality, has gained the support of many people and has spread nationwide, and demand for ecological product planters and mannequins is expanding.
One of the major tasks that have been assigned to me in the future is to train creators. As lifestyles change, so has the demands of customers.
We value the “real” and “essence” that Mr. Mizuhara has valued, and have created an environment where each creator can create products that express themselves by making use of their individuality, helping people all over the world to live well-being. I hope I can do it. 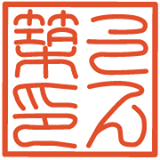